One-Punch Man Wiki
Register
Don't have an account?
Sign In
Advertisement
in: Articles in need of citations, Fighting Style, Abilities

Episode 2
Psychokinesis, or Telekinesis, is a supernatural ability that allows a user to manipulate physical matter with the mind. Users of psychokinesis are commonly referred to as psychics or espers.

Although telepathy is not a psychokinetic power, it is included in this page.

While espers are rare, the majority of them are extremely powerful and can perform impressive phenomena. Some espers use technology to enhance their psychic output. This is seen with Gearsper, a relatively weak C-Class hero.

Regular people can also be taught to use psychokinesis to a lesser extent.[1] 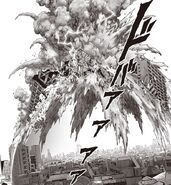 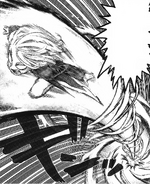 Gearsper uses a helmet to enhance his psychic output. 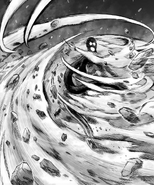 By eliminating friction, Geryuganshoop increases the velocity of the rubble to sub-light speeds and prevents it from evaporating due to heat.