One-Punch Man (ワンパンマン, Wanpanman, alternatively spelled without the hyphen) is an anime adaptation of the manga by the same name starring Makoto Furukawa as Saitama. It is animated by renowned Japanese studio, Madhouse, and helmed by famed anime director, Shingo Natsume, (Space Dandy, Fullmetal Alchemist: The Sacred Star of Milos) and features character designs by Chikashi Kubota.

VIZ Media manages the master license for ONE-PUNCH MAN in North America, Latin America and Oceania. Viz also streams the series in the U.S. The series is also available to stream in Australia and New Zealand on AnimeLab.

In this new action-comedy, everything about a young man named Saitama screams "AVERAGE," from his lifeless expression to his bald head, to his seemingly unimpressive physique. However, this average-looking fellow doesn't have your average problem... He's actually a superhero that's looking for tough opponents! The problem is, every time he finds a promising candidate he beats the snot out of them in one punch. Can Saitama finally find an evil villain strong enough to challenge him? Follow Saitama through his hilarious romps as he searches for new bad guys to challenge! 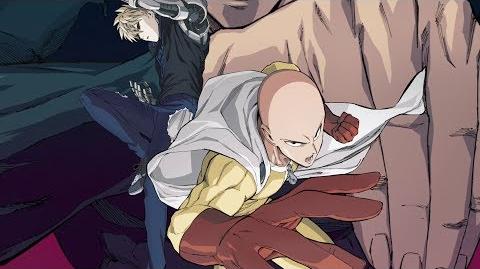 Retrieved from "https://onepunchman.fandom.com/wiki/One-Punch_Man_(anime)?oldid=181960"
Community content is available under CC-BY-SA unless otherwise noted.