Season 2 Opening (Cameo)
Lord Great White was a Seafolk who appears at the K-City Nature Park. He was the last survivor of the Seafolk and declared himself the new Deep Sea King. He was killed by Saitama.[1]

Lord Great White was very prideful and confident, proclaiming himself as the new Sea King who would enslave everyone.

Appearance in Other Media[]

He appears in the K-City Nature Park. He shows up after killing a massive fish nicknamed the King of The Lake and announces that he's the last survivor of the Seafolk and names himself as the new Sea King, but is quickly killed by Saitama. 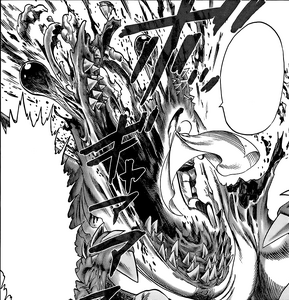