Edit
watch 02:14
The Heroes of One Punch Man
Do you like this video?
Play Sound 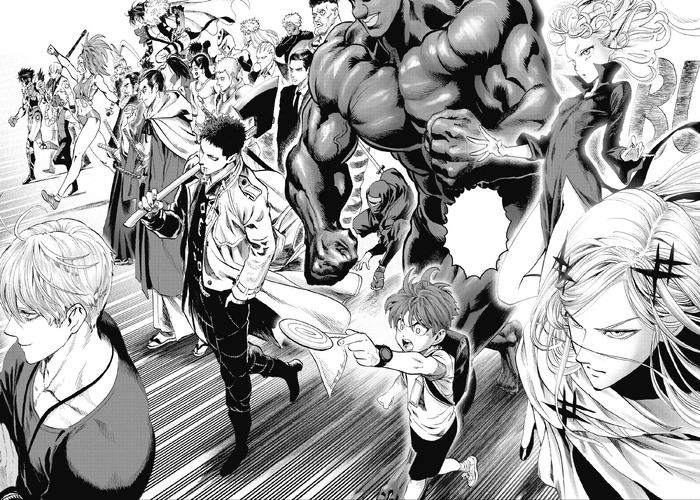 Heroes (ヒーロー達, Hīrō Tachi) are individuals who fight for justice against evil in the world. They protect civilians from harm against monsters, villains, natural disasters, and other threats. Most heroes are registered with the Hero Association and are divided into four classes with increasing prestige: C-Class, B-Class, A-Class and S-Class. Heroes are given number rankings within their respective classes.

There are numerous unnamed heroes.

The webcomic rankings can be viewed here.

S-Class (S級, S-kyū): The strongest and most prestigious class of the Hero Association. Every hero in the S-Class is equivalent to an emergency army division.[1] This class was originally created to gather individuals who, despite their low ranking, were capable of defeating disaster level Demon Mysterious Beings on their own.[2] The current highest-ranked S-Class hero is Blast. There are currently 17 heroes in this class,[3] the lowest amount of members out of all the classes.

A-Class (A級, A-kyū): The second strongest class of the four classes. When a hero reaches Rank 1 in B-Class, they can climb up to A-Class. Heroes in this class are capable of defeating disaster level Tiger Mysterious beings alone[4] and are also considered very popular. The current highest-ranked A-Class hero is Sweet Mask. There are currently 38 heroes in this class.[3]

B-Class (B級, B-kyū): The third strongest class out of the four classes. When a hero reaches Rank 1 in C-Class, they can climb up to B-Class. Heroes in this class do not have to perform weekly heroic acts to fulfill any quotas[5], and are also capable of defeating disaster level Wolf Mysterious beings by themselves.[6] The current highest-ranked B-Class hero is Fubuki. There are currently 101 heroes in this class.[3]

C-Class (C級, C-kyū): The lowest and least strong class out of the four classes. Although C-Class heroes are the weakest, their strength exceeds that of an average person.[7] When a hero enters the association, they normally begin here.[8] C-Class heroes must perform weekly heroic acts to fulfill their quotas, otherwise they are removed from the Hero Registry.[9] The current highest-ranked C-Class hero is Mumen Rider. There are currently 390 heroes in this class, the most numerous out of all the classes.[3]

Unknown Class: Heroes whose class and rank are unknown

Unregistered heroes are regarded as "weirdos" by the Hero Association and do not get any credits or mentions in any media.[10] There are currently no known unregistered heroes, however, Saitama and Genos previously did unregistered hero work in the past. Often civilians will do and help heroes with hero work, like when Atomic Samurai asked for the help from the members of the Council of Swordmasters to defeat Garou, or Bomb helped Bang and Genos to fight against Garou, Elder Centipede and other Mysterious Beings from the Monster Association, and later save other defeated heroes.