Episode 1
Energy Projection is the ability to gather energy from inside the body and channel it into a physical form.

How this ability is gained varies, from either harsh training to genetic inheritance, cybernetic implants, or power bestowal from either monster cells or God.

When used, its effects are shown to vary in power depending on how powerful the user is, but they are still nonetheless potent, as seen when Boros' energy wave had the capacity to destroy the surface of the entire planet, or when Suiryu greatly struggled to deflect Choze's energy orb. 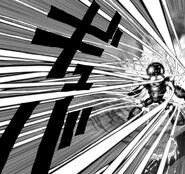 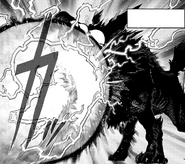